Focusing on what is important in life Michelle pays full attention to her faith, her art and her heart. Represented well in her works, one can clearly see she exemplifies creativity, as evident in her writings, her life, her photography and the way she views the world. Armed with her faith in God and the love and support of her family, she has been able to find freedom from her abusive past and through her smile and unique sense of humor is able to share this passion and creativity with those around her. She has made it her mission to give God the glory for all of her talents and blessings. 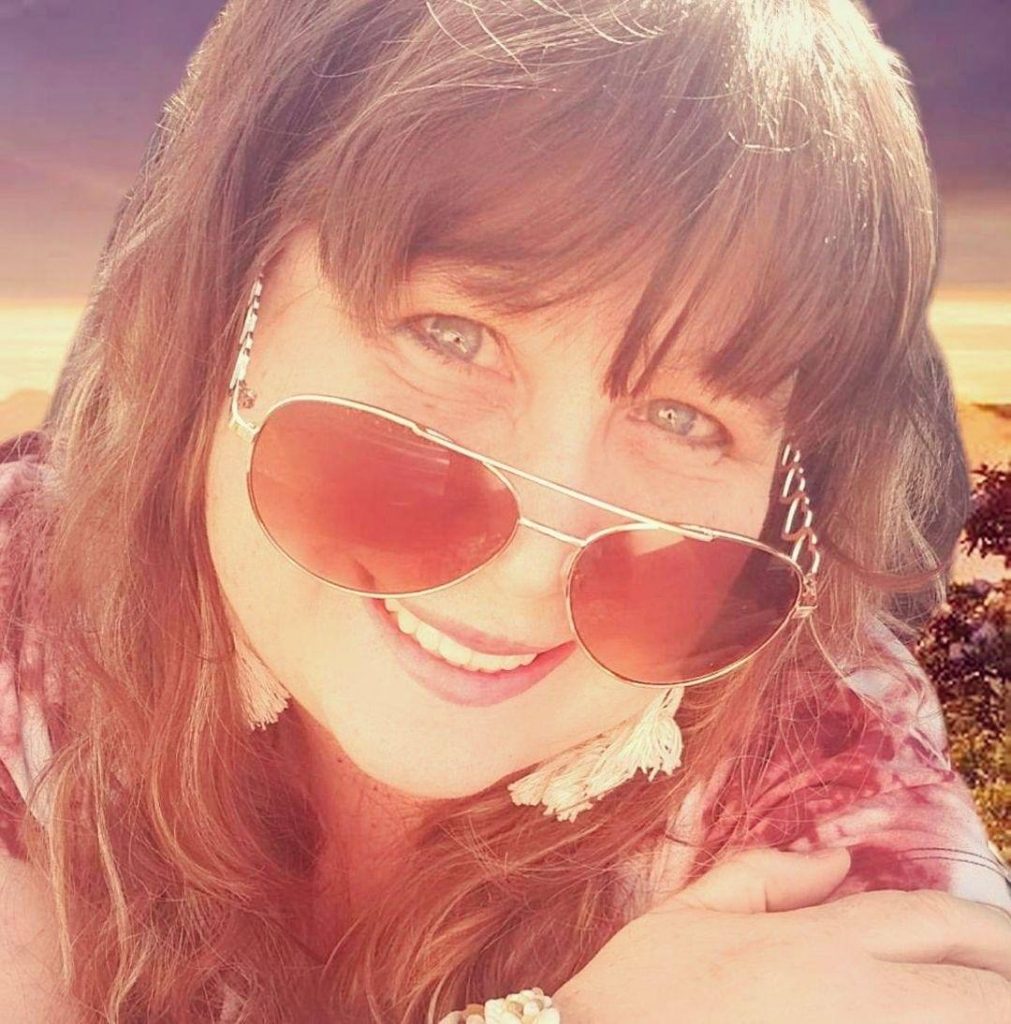 welcome to my world.

Michelle has been writing since she could pick up a pencil. From journal entires and literary competitions to poems and tidbits portraying thoughts, dreams, hopes and fears, she has allowed her life to be exposed through words. Several of these works are published in her book Rambling Roads available at most online retailers. This blog is a compilation of additional works since the publication of that book. 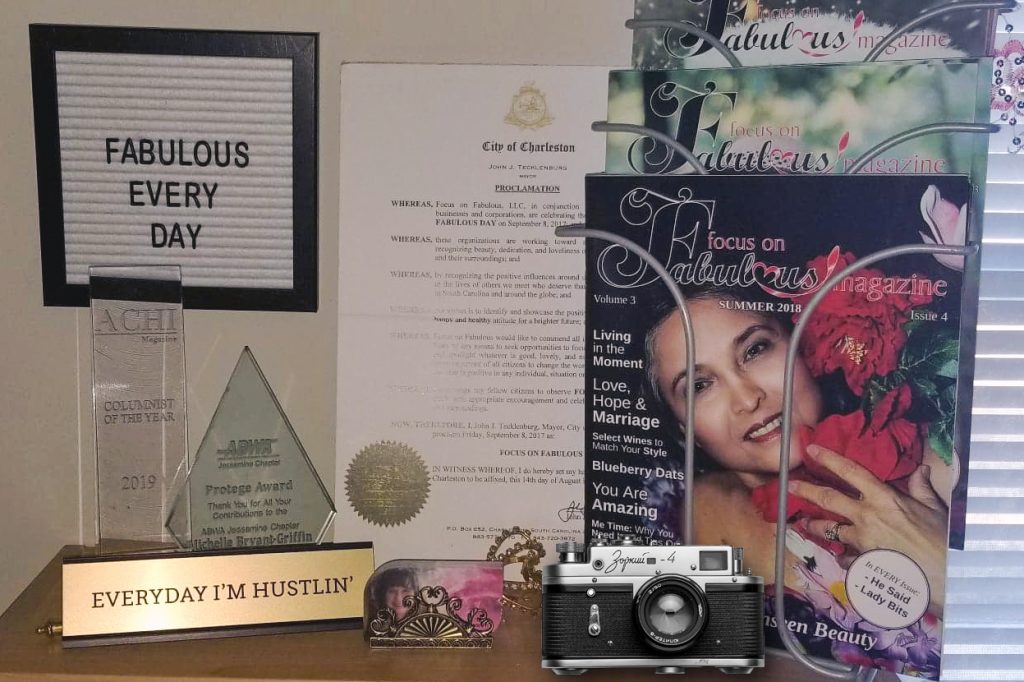 Michelle has been creative all her life. From the way she dresses, sees things around her, to way she views the world. This is evident in her images. “Michelle has a unique perspective that is different than what everyone else submits and it definitely got our attention.” ~Johanna Hyde, Director of Photography, Carpe Diem 365.

Michelle feels that she simply plagiarizes nature and creates nothing of her own accord. “how can i take credit for something God created? whether it is a landscape or a portrait, a flower or a bird.. God has provided the perfect subject or backdrop for mi. what a blessing that He has given mi the “eye” to see it. i mean REALLY see the beauty that surrounds mi. i hope people see it in my images and are moved as well.” 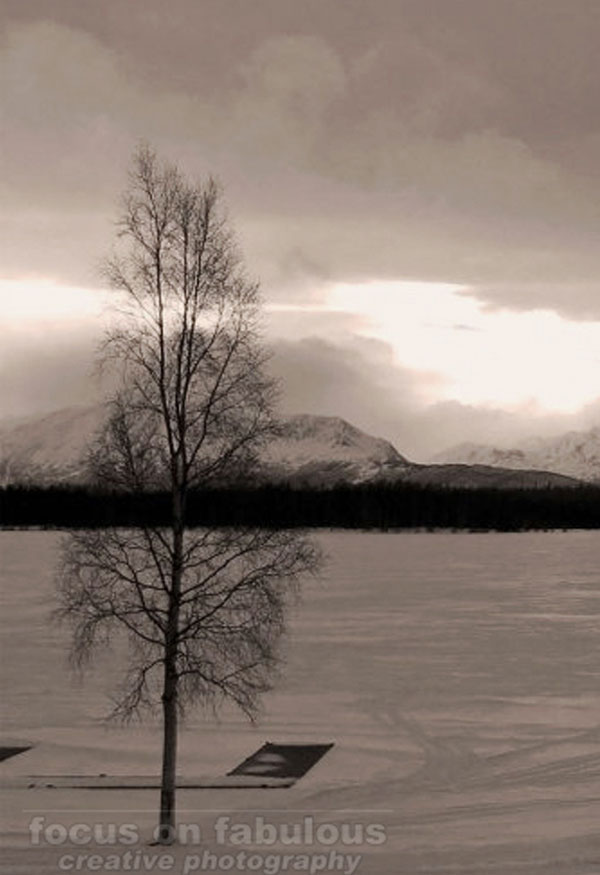 Everyone has a story. Michelle considers that hers is no different than most. She feels it her life purpose to share her stories, experiences and tidbits with the world in an attempt to offer, humor, healing, hope and comfort to a world that although connected by technology may feel alone and lost in dealing with some of life’s bumps.

These downloads offer audio messages of inspiring encouragement and various articles and writings that may be reproduced for personal or group study or passed along to individuals who need to know they are not alone in their journey. In all cases, Michelle speaks from her heart in an supporting, inspiring and transparent manner about her childhood and adolescence of abuse, a struggled marriage and the trials, tribulations and emotional damages occurred. She offers hope, healing and a message of victory and empowerment to those who feel they are alone in their own personal wars.

Represented well through her writings, Michelle pays full attention to her faith, her art and her heart. She has self-published three books. Armed with her faith, and the love and support of family and friends she has been able to find freedom from her abusive past and through her unique sense of humor is able to share this passion and creativity with those around her.

Michelle has shared her stories, passion and light from Alaska to Florida with various audiences from mothers and abused women to children and teens. Her books are available at most online and retail bookstores. Michelle can be reached for speaking engagements or personal signed copies of her books by contacting her Facebook page at: http://amazon.com/author/cmichellebryant 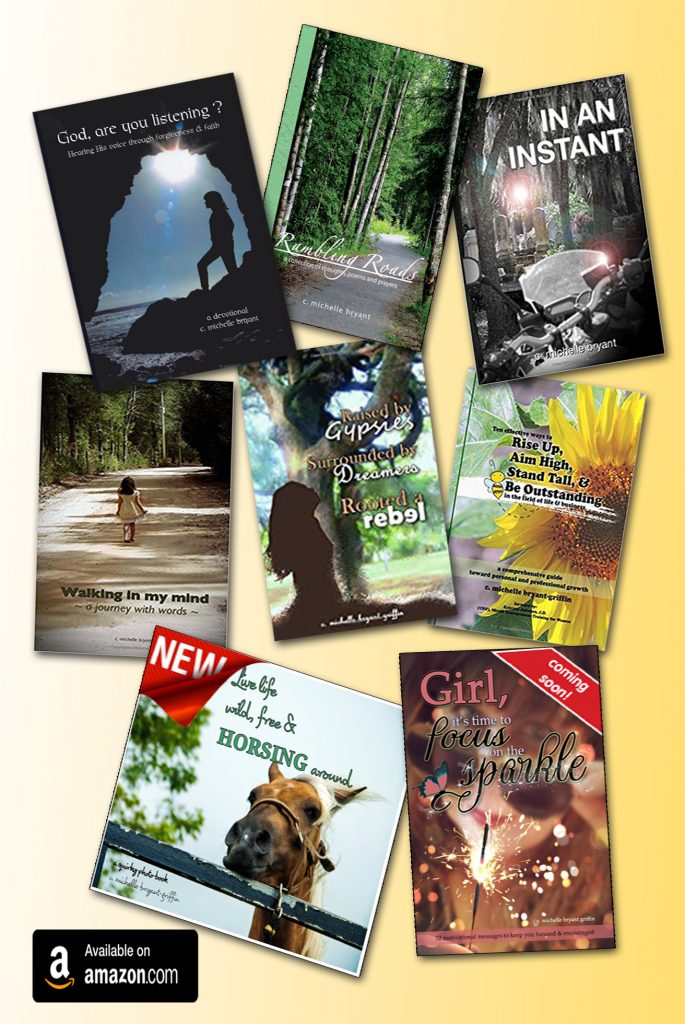 Michelle Bryant is multi-talented. Growing up the oldest of eight children, she was destined to be a leader, mentor, and motivator. As the author seven books, contributing writer for several publications, an entrepreneur, motivating inspirational speaker, and a multi-award winning, published photographer, she has shared her story, passion, and light thorough various engagements such as a Colorado Springs Mothers of Prayer group and a group of domestic violence victims in Jacksonville, Florida. She has appeared on the nationally syndicated radio broadcast “The Healing Touch with Norma Dearing” and KTLF 90.5 in Colorado Springs and on Charleston’s local radio show “It’s your business”. In addition, Michelle has ministered to over two dozen youth at a residential treatment facility for boys and girls under the age of eighteen, suffering from emotional issues such as abuse and neglect. She attended 27 schools in twelve years, has lived in or traveled to all 50 states including Alaska, Hawaii and Puerto Rico and driven across Canada three times. Michelle also served as an Air Force wife for over twenty years.

Michelle shines her light and speaks from her heart in an encouraging, inspiring and transparent manner about her childhood and adolescence of abuse, a struggling marriage and the trials, tribulations and emotional damages occurred; yet offers a message of victory and empowerment, healing and hope, to those who feel they are alone in their own personal wars. Her talents range from Mistress of Cermonies to motivational speaking. She lights up the stage & audiences adore her.

Read what others say: https://www.facebook.com/pg/authorspeakermibgriffin/reviews

Contact her at: mnawethr@gmail.com to book her for your next event.

If you’d like to be a guest on the Focus on Fabulous podcast please register here: