Death you cannot have anyone else
BEING YOUNGER IS OVERRATED 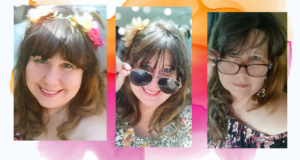 To embrace sixty is to surrender to change. change of mind, mindset, and body. a new enlightening of myself as finite. To allow myself to shift, transform.


sixty is an expanded awareness of both time passed and passing. it’s wondering where the years went yet marveling at the journey — past and ahead.

sixty is standing on the edge, contemplating the beginning of the end, and acknowledging the end of the beginning. its astonishment that i am here despite all obstacles, alive, relatively unscathed, and deeply appreciating the blessing.

Yes, it’s true, sixty is a number. but I can’t believe it’s my number. my sixty on the inside doesn’t feel much different from thirty. Yes, some days I feel 18 while others I feel 80. In fact, I remember when my mother was 60. It wasn’t that long ago but I was in my 40s and thought I had longer to reach that age. Which makes me wonder, do my children realize how fast it will creep up on them?  Because I sure didn’t.

it is facing the fact that my youth really is over and although i know about being old, from working in elder care, i now realize how little i actually know about getting old.

I am sixty with two parents still alive and in my life, two amazing children who are older than I was when they were born, and wondering “how did that happen?”
It’s sharing a life with a husband who still makes me smile and still thinks I’m beautiful.
It is about holding tight, our family unit and also making room for new connections.

my sixty is the sweetness of waking up, close to my love, adoring the giggles of my grandchildren and exuding the endless pride i have for my kids and the lives they’ve built for themselves.

It is marveling at the strength of these relationships even as I begin to absorb the fact that one day we’ll be together no longer.

My sixty is an unprecedented appreciation for the moment at hand, of knowing I have fewer days ahead of me than behind me and choosing how I wish to spend the minutes contained in them. for now I know those moments will flit away in the blink of an eye.

For me, sixty carries an ease of acceptance with things as they are, because i now realize they will most certainly change.

It’s a delight in simple pleasures. like less drama and more contentment.

It’s a day of working in the yard but needing the ibuprofen afterwards, feeling the soreness in my tired but still capable body.

it’s a few silent hours of writing, painting, and a sense of satisfaction in having something to do, ideas to wrestle with, of creating something. It’s continuing to believe in the power that I might make a difference.

My sixty is realizing that the gift of an ordinary day becomes only more precious with each sunset I gaze upon.

it’s a stumbling waltz between frustration and independence, and the surrendering of closeness and distance, of reaching out and holding back, speaking up and biting my lip. of finally gaining the keys to wisdom but not being able to unlock the door before i inadvertently wet my pants.

My sixty is an ongoing private conversation, a prayer that maybe some combination of kismet, karma or divine intervention would allow my kids to live lives that are rich and full and not too painful. and it’s about being grateful every single day that i still get to be their mother. and it’s a petition that my parents will live out their days in peace and comfort, surrounded by things that bring them joy. and appreciating every day i am able be their daughter.

My sixty is about heart lifts. like every time i hear a familiar voice on the other end of the phone, simply hearing the words, “hey, mom,” and being reminded that whether it’s been a good day or a tough one i get to cherish the moment that i was the person in which they needed to talk to and share.

my sixty is writing a poem for a friend who should still be here and in my mind still is.
It’s a rollercoaster filled with emotions of both grief and gratitude, adventure and exhaustion, sorrow and joy, all tangled up together providing the ride of my life.

It’s losing my reading glasses and finding them on my head. discovering that dressing “my age” means wearing whatever feels good to me, still gives me the freedom to have my own quirky style and uncover the satisfaction of finally being at ease in my own skin.

My sixty is a soft-bristled toothbrush, sensodyne toothpaste, a mouthguard and wrist brace at night.  it’s a gobble neck and a permanently furrowed brow that loves to reveal itself in full force at all photo ops.

My sixty is more brittle than soft. It’s leave-in conditioner, methylated rub on joints, hand cream in my car and on my nightstand, body butter on cracked heels and dry feet and sunscreen on cloudy days. It’s wrinkles and pouches, unwanted flaps of skin and thinning hair.

Actually, now that I think about it, my sixty is no longer growing where I used to shave and brand-new hair in places it never used to be. It’s always having tweezers handy and allowing the blade on the razor to rust.

Despite all that, sixty is still sexy. In fact, just the mention of sex is a fun way to gross out your kids. It is less about need and desire and more about connection and closeness. it’s less often but more intense. slower and less predictable.  more tender, not as strenuous, and more about pleasure in the mind than hunger of the body.

My sixty is the realization that joy doesn’t just happen. that i have to, i get to, choose it again and again.

It means there’s no more time to waste.
It’s time to let go of perfection, to give up comparing, worrying, arguing over petty things. It’s texting a photo of the sunrise or the recipe I made for dinner. It’s about gratitude for video technology that keeps the connection with my family since I cannot always be where they are.

My sixty is about accepting my limitations, realizing I can’t be all things to all people.  it’s choosing integrity over popularity, and therefore, watching some walk away and being ok with that.

My sixty is embracing my own imperfect, less insecure, less busy self. to be done with multi-tasking and make note of the self that turns out to be happier doing one thing at a time, slowly, carefully, and well.

it is a desire for a life that is both less and more, a summons to pay closer attention to the way i spend my days, to the things i say and do.

it’s accepting, speaking the truth, living with the consequences and not hesitating to say whatever words i need to say: i’m sorry. forgive mi. Thank you. I love you.

It feels like a nudge in the direction I’ve always wanted to go. to be less polished and more true to self, less impressive yet even more amazing.

it’s saying no to what doesn’t feel right and yes to my gut.

it’s a greater willingness to compromise, to collaborate, to consider another point of view. its less about being right and more about being present.

it is a daily gratitude of embracing my scars, another wrinkle and gray hairs.

it’s taking nothing for granted: even simple tasks like standing in the shower the whole time, carrying groceries, or bending over to put on shoes, pain free walks and eyes that open in the morning.

i can already tell sixty will be both thrilling and terrifying but i am confident it is also the beginning of my “if-not-now-when” mindset, to seize everything. yes, sixty, my sixty is a constant reminder that today is an occasion, and that every day truly is a gift.

2 thoughts on “My Sixty”

This site uses Akismet to reduce spam. Learn how your comment data is processed.